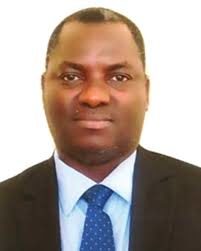 Until his appointment, Prof. S. E. Iyuke was the Head of school of Chemical and Metallurgical Engineering, University of Witwatersrand, Johannesburg, South Africa.

Prof. Iyuke, an erudite scholar has presented over 262 incisive articles in international journals and conferences. He has also contributed to several registered patents and patent applications, besides different chapters in books he jointly authored.

One of his lead paper entitled, “Wealth Creation Through Diversification and Transformation in the Education and skills Development” was delivered at the Refining and Petro-chemical Conference, Port Harcourt in 2013.

As a renowned Researcher, Prof. Iyuke has published over 25 breakthrough research works. His research leadership grant has won atop R20 million (320 million) from Government Agencies and Industries between 2008 and 2013.

On top of that, he has research collaboration with the University of Akansas, Fayetiville, USA; National Aeronautics and Space Administration (NASA), Vaal University of Technology (VIT), South Africa; Institute of Fuel Cell, Faculty of Engineering, National University of Malaysia, Bangi, Malaysia; just to mention but a few.

Our Vision To become the leading oil and gas technological institute in Africa. Our Mission To provide competent technological manpower through quality training, research, and consultancy for the petroleum and allied industries.

An Act to establish the Petroleum Training Institute to provide courses of instruction, training, and research in petroleum technology and to produce technicians and other skilled personnel required to run the petroleum industry.